v9.11 adds a new custom attribute type for capturing images from the mobile app to associate with inventory, items, orders or shipping pallets.

Like other attribute types, image attributes can be set up on the WithoutWire Web Console from either the Global Attribute Maintenance page or specifically per item on the Edit Item Attribute page.

To set up an image attribute simply choose “Image” from the Attribute Type dropdown on either of these screens.

Inventory images can be captured and viewed in the mobile application in the same places as other inventory attributes: Receiving, Inventory Adjustment, Inventory Operations and main screen scan.

In addition, it is possible to set up shipping method-specific image attributes for collection on the mobile Ship tile. These shipping images can be collected either for the entire order or per pallet shipped and once captured are visible on the Order Details page.

v9.11 adds the ability to autogenerate Item cycle counts based upon configurable schedules per Item & site.

To enable ABC counting, first the total number of counts to generate per year must be set on the Configuration Settings page at Inventory Settings > “ABC Cycle Counts to Perform Per Year”. The system logic will attempt to create a new count at even intervals throughout the year based on this value. For example, if ABC Cycle Counts to Perform Per Year is set to 2, the first count will be created on January 1 and the second count on July 1, when half the year has passed.

Next, Item-specific count schedules need to be established, either via the Item Import API or the Item Template using the Cycle Count Interval field: 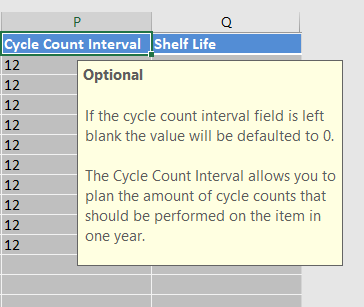 The interval is an integer value referring to the number of autogenerated counts that should include the Item in a full calendar year for a given site.

When autogenerating counts, the system will prioritize including Items that have the lowest percentage of their yearly count totals completed. In this way, a balanced mix of Items from different interval categories will be included in each count, ensuring that all Items are counted at an even pace throughout the year.

With the schedules established, the WithoutWire API can be used to automatically generate counts -- see our API documentation for more information. 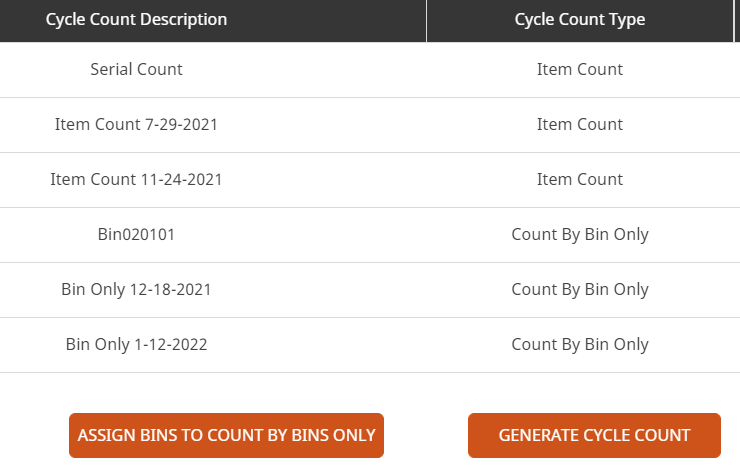 Added new report “Inventory in Transit” showing all inventory that has been shipped on a transfer but not yet received in the destination.

Fixed an issue with Inventory History on iOS preventing the user from returning to the main app screen.

We use our own and third-party cookies to understand how you interact with our knowledge base. This helps us show you more relevant content and ads based on your browsing and navigation history.